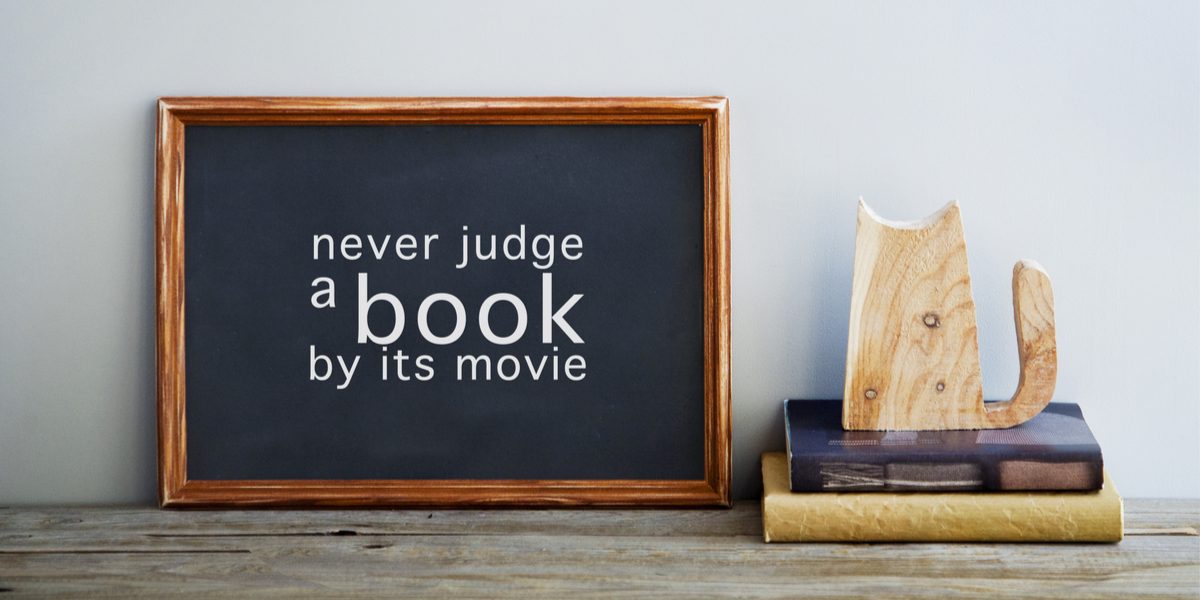 Someone posed an interesting question and it led to a MUCH larger response than I thought it would.

Here was the question posed (though a bit rewritten for a broader question):

Will there ever be a movie, television, or streaming series for any Tribunal Archives series?

Now, let me… try to answer concise in fashion. (haha)

It’s actually impossible to answer. I’m actually the wrong person to ask and I’ll explain why. I see some of my favorite authors asked a lot and I feel there’s some weird expectation that we authors should be out there, trying to make this happen. Or that we’re in charge of this at all. Ha. We are not.

The author never practically gets a say in this. I’m not going to hire or create a production studio or animation studio to make a pilot then try to sell it myself. If an agent represented me (I do not have an agent), then they might shop around to see who might buy the rights to make shows. It’s literally out of my hands. There’s literally no way to give a yes or no answer. If there’s news, I’ll share it. Don’t expect news.

Why do people expect authors to know these things?

So stop asking authors. Go tell companies you want to see specific stories on the screen by watching similar stories. No one is going to buy the rights to an IP and produce the IP into a TV or movie series if there’s no market for it. If you want Urban Fantasy or Paranormal Romance Stories on the big or small screen, then you need to watch those shows and those movies so companies know that you will when they try again.

What type of media would I want my books in?

I’ve already put a lot of thought into this. I would never pick live action with my work if I had a choice. I would 100% turn all of my books into animated shows or movies. That way, no one and nothing can be changed between properties at a whim or just carelessly. When I say Kaliya is an Indian woman, she will be exactly as intended with animation (apart from artistic stylization), and that’s really important to me. Yeah, every adaption will have it’s differences, but I won’t let someone whitewash the Kaliya series or Jacky’s family or ANY of the characters I have. I write this massive international world of people and I want to see that on the screen, if it every comes to pass. I won’t let them be covered up or changed because….

Let me make this very clear….

Representation matters in all forms of media at all times.

Diversity matters in all forms of media at all times.

No excuses, no bullshit, and no feigning ignorance.

It just does. End point.

Let’s… Let’s take the chance to explore this. Since it’s… you know, right there. Two super important words. I can’t just… not explore them. I don’t do that. I don’t leave a topic hanging! Oh no.

Well, here we are, right where I wanted you. Not really. I was writing and whenever I think of my books on the big screen, I think of this. So it’s a part of the conversation. They’re important to me, too. So we’re going to talk about it.

I should start by saying: I’m white and lots of my characters are not.

I’m going to tell you why I feel comfortable writing characters that don’t look like me and how I try to do my very best at it. It’s really not all that complicated.

I write characters of all varieties because they are human and I am human.

I don’t write for representation and diversity as a thought on my mind all the time, but I don’t ever hide from writing a character because they don’t look like me, come from the same place as me, or believe the same things as me. What I do is find the common human pieces that I share with that character and we go from there. I explore our differences for me personally so I can better understand the character I’m writing and capture a different perspective, but normally, I try to stay with our “relatable” parts when it comes to the topic and story I’m writing the character in.

You haven’t met her yet, but Aisha is a black woman who was born in the second half of the 1700’s in Western Africa (there’s a book reason this is a vague location).

I found the places where she and I were both human and how we related.

The obvious, we’re both women.

Aisha is a mom. She’s also had her heart broken into a million pieces before. That’s some human stuff. I am a woman with a terrible relationship with my mother and I will never try to fix it. It’s not the same, but it’s close enough to give me a connection to her and I found a way to write Aisha.

And just like that, I wrote a black woman as the lead to a paranormal romance. She’s a mother that wants what’s best for her child and her life, willing to sacrifice and do amazing things for the people she cares about. I treated her like any other character I write. Hopefully, Aisha comes to life on the page, because I love her so much. She’s one of my favorite women.

This is not a perfect approach. I’ll be the first to admit it. However, it is my honest and authentic way of writing any character, because I don’t live in a small world, therefore I won’t write a small world. The world is vast with lots of amazing people in it, many of which don’t look like me, don’t come from the same culture as me, or believe the same thing as me. I can only hope I find something relatable in everyone that helps me bring their story to life. I don’t believe in the idea of color blindness, either, and I always want to learn new information as a way to continue to bring characters to life. So feel free to say “hey, I think this might need a change,” or “this is insensitive.” I’m always willing to listen.

Jacky’s family is incredibly diverse. It was both an accident and not.

I didn’t start writing their family thinking “oh, this is going to be so diverse!”

I started writing the members of the family by thinking of who built it. Hasan, a man from one of the earliest civilizations, who is also not white like Jacky. He’s Sumerian (think Mesopotamia, Tigris–Euphrates river system in the Middle East). His mate, Subira, hails from the believed birthplace of humanity, Great Rift Valley in Africa. Subira, and their twins, Jabari and Zuri, are black.

He roamed the world because he wanted to. He loved to learn and see new places, and he had thousands of years to do it. He found Mischa (Russian), Hisao (Japanese), Davor (English), Niko (German), and a couple of other boys (who didn’t survive to become werecats, and are unknown). He just wanted to have children and continue growing his family.

Hasan built a diverse family, not me. All I did was follow the character, the world he’s in, and reach the logical conclusion.

And yeah, diversity really can be THAT easy, without even trying to be. Or it is to me. I don’t understand why some people find it so hard, to be honest. I cannot wrap my head around it.

That’s all I’ve got in me today.