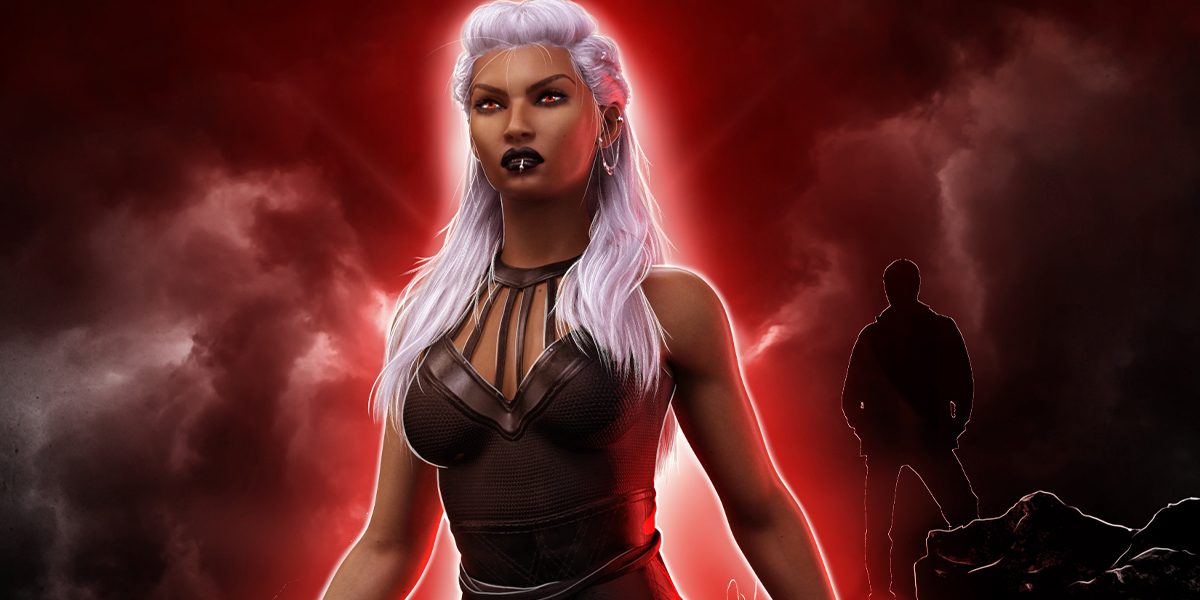 Kaliya and Raphael meeting. Pretty self-explanatory. Pretty short. I can’t give away secrets with these POVs.

Raphael looked around his awful, dinging apartment from his place on the dumpster diving find of a couch in the living romo and sighed at the beer bottles everywhere. He had gone hard on the night before. Way too hard. He’s been plagued by memories of that awful fucking place and the alcohol was one of the few things he had to dull the pain of it. The memories of the experiments and what they did to him became too much sometimes.

The only reason he could get away with using alcohol to dull it was the fact that he didn’t get hangovers. He barely got drunk sometimes thanks to whatever the fuck he was.

And now it was Sunday and he had to drag his ass to a church.

Why do I even try anymore? He’s not listening. He doesn’t care that I’ve been turned into a monster. Maybe he just made me what I am and that’s that.

But still, every Sunday since he escaped from that hellish place, Raphael went to Mass. He prayed. He pleaded. He begged.

He wanted answers. He needed them.

He also wanted forgiveness for the deaths he had caused. He had killed his friends in cold blood. He torn their bodies apart.

Raphael didn’t really remember it but he knew he did it. Looking down at his hands, he knew. And the guilt he felt over that drove him to drink even more than the memories of the laboratory he had been kept.

It’s Sunday. I need to get to Mass. I can’t think about this right now.

He got into the little broken car he had bought when he arrived in the Phoenix area two years before. It wasn’t his longest stay in one place, but it was decent amount of time. Enough time for him to really settle and get to know some people. Not that it mattered. He knew it was only a matter of time before he had to move on again. He should have already started moving again, but he hated having to pick up and move. Normally, he only ran when those Mygi people were onto him. It was risky to do it that way, but he couldn’t bring himself to go on the road unless he absolutely had to.

The drive was short and like always, he was running a little late to Mass. He parked, grumbling to himself about it. Why couldn’t he ever get himself to Mass on time? With the full intention of getting in as quickly as possible, he shut off the engine and unbuckled, making a thousand promises to get moving next week faster. Those were promises he knew he would break.

When he got out of his car, though, he saw probably the most stunning woman he had ever seen.

Her white hair caught the light, and from the look of it, it was natural. It wasn’t a platinum blonde bleach. No, this was white. It passed her shoulders and framed a face that made him pause. Defined cheekbones and long lashes. Full lips. His eyes flicked down and took in the rest of her, but while the great body wrapped in black clothing was hot, it didn’t compete with her face. He tried to guess what she was. Her skin was close to the same as his but she wasn’t Latina. Native American didn’t fit either. After those two, he wasn’t comfortable making a guess.

Then he realized she was staring back at him.

He walked closer and frowned at her.

“Ma’am, are you okay?” he asked softly. He didn’t know her, but what if she was another escapee? He knew there were others like him being kept, not that he could help them. He could barely keep himself out of reach and free. But if one escaped, they could band together.

“Are you Raphael Dominic Alvarez?” she asked, her words bold and clear. Fear ran through him at the sound of his real name. How long had it been since he heard it? Years?

Shit. She probably works for them. Fuck. I forgot my gun. I never bring my fucking gun to chruch.

He took a step back from her, looking around the parking lot and church. Were there others? Was she alone? Was this a new tactic they were trying to capture him? A beautiful woman alone in a parking lot?

“My name is Kaliya Sahni, and I’m trying to save your life. Mygi is coming after you, and they’re close. They hired a group who won’t fail like the last ones did.”

He was breathing harder now. She knew about Mygi. She knew they were chasing him. That meant she could have information.

“How long do I have?” he asked, swallowing. If it was days, he could pack up and get moving.

“They start hunting at sundown. Maybe we should go back to your place and talk. Better yet, come with me, and they won’t be able to find you.”

He shook his head slowly and backed away from her. He wasn’t going anywhere with her. He didn’t have a lot of time if someone was coming for him at sundown. That wasn’t very far off.

“Raphael, please, you have to listen to me.” There was something pleading in her voice that made him almost stay. Almost.

“I need to go pack. I never want to see you again. I never want to hear that name again. Do you understand me?” He was practically growling at the end. He hated that the monster in him was threatening to come out, but he would rather use it to protect himself than get caught again.

“It’s too late for that,” she said in a nearly defeated way. “It’s way too late for both of us. You need to come with me. At least give me a chance to explain. Take me back to your place, and I’ll explain everything, okay? That’s all I’m asking. You can leave with or without me after that. If you want to run on your own, you can, but let me explain some things before you make that call.”

“Fuck you. I don’t need to take you anywhere.” Rage consumed him. It wasn’t just him. It was the monster inside him. It was angry too, enraged even, at the idea of being found again, at the need to move again. Fuck this bitch. She ruined everything.

And by the look on her face, now she was pissed off at him.

“Fine. If you want a fucking vampire killing you tonight—”

“What?” he asked, cutting her off. One word made helped him break through the rage. One word.

“Gods, you don’t know anything, do you?” she hissed. “Look, Raphael, you need to listen to me. You need to let me explain. There’s more out there trying to get you than you can possibly imagine.”

He pulled his keys out of his pocket and looked at them. Vampires weren’t real. Right? They couldn’t be.

Werewolves are. Everyone knows that but I’ve never… People think witches and faeries are real… but vampires?

Raphael always had a hard time believing in the supernatural. He was the type that needed to see to believe. Even after all these years and everything he had come across, he still wondered if he was just going insane.

“Vampire?” he asked softly. “I…I once thought they came after me with werewolves, but…Sometimes it’s hard to believe they’re real. Or the rumors about fae and witches and…”

“Fuck. Are you good to drive?” she demanded. Something about what he said made her more upset.

“Yeah.” He sounded stronger again. Resolve filled him. This woman, Kaliya, wanted to tell him more. He needed to know more. He knew how to work this, but it was risky. “I knew something was…off. I’ve always known, but…”

“You’re about to find out everything you’ve ever had questions about. Let’s go,”

His first step was tentative, but his next was faster, more secure. He had never done anything like this before. He’d done a lot to survive but never this. The plan formed and he grew angrier as he realized he really was wrapped up in shit no normal human would be. He just wanted to be a human.

Once she was in the car, he hit the gas. The beautiful woman next to him said nothing. He was trying to control his rage, so he didn’t bother trying to make conversation.