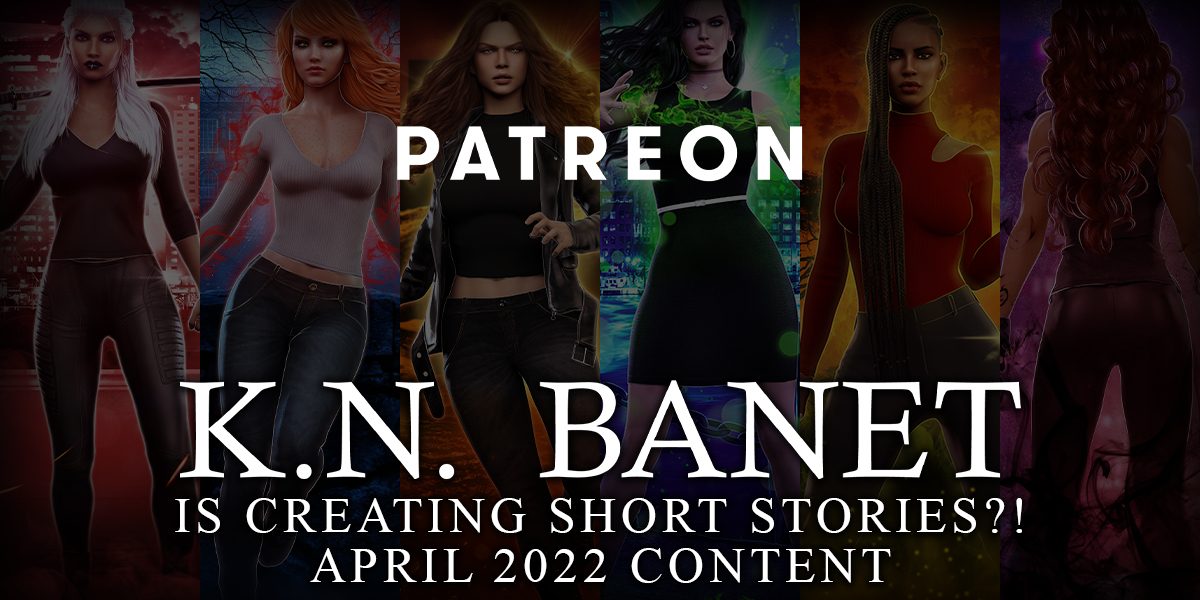 The monthly Patreon update is here!

March Featured Character Vote: Patrons voted for a Carey and Makalo short! Gasp, the teenagers are being featured. It will be available in May!

Parents, a Niko short, will be coming out this month. He won the vote in February. It’s centered on his stay on Hasan’s island after being injured in Broken Loyalty.

The $10+ tiers are going to get to interview Niko, son of Hasan. They interviewed Heath Everson in March and seemed to really enjoy it. They got all sorts of amazing answers out of him about being a father and his past. I can only imagine what they’re going to ask Niko. He’s an enigma, the Traitor.

I’m still hoping to release A Visit Home this month as well, but I am playing catch up because I was down for 2 weeks. If it’s not April, it’ll be early in May. I’m trying. I really am.

The Featured Character Vote only has a handful of options this month. All of them are related to Kaliya Sahni or Everly Abbott. I’ve had to write a lot of Jacky related content recently and have more to do. I am burning out on her and her family right now which is a very bad thing.

The Go Big tier ($20) will now get monthly physical goodies. It could be a mini print or a sticker. It could be the art print of a book cover, a design from my merch site, or future artwork that will only be available for people in the tier the month it is active. There’s more information about this on my Patreon.

Patreon has been a refuge the last couple of months. I’m hoping to be caught up on all my writing by mid-June then everything will move a bit more smoothly. The last 3 months have kicked my ass.

Read all about my Patreon and why it exists here: Patreon.com/knbanet

Your awesome thanks for all the goodies 🥰