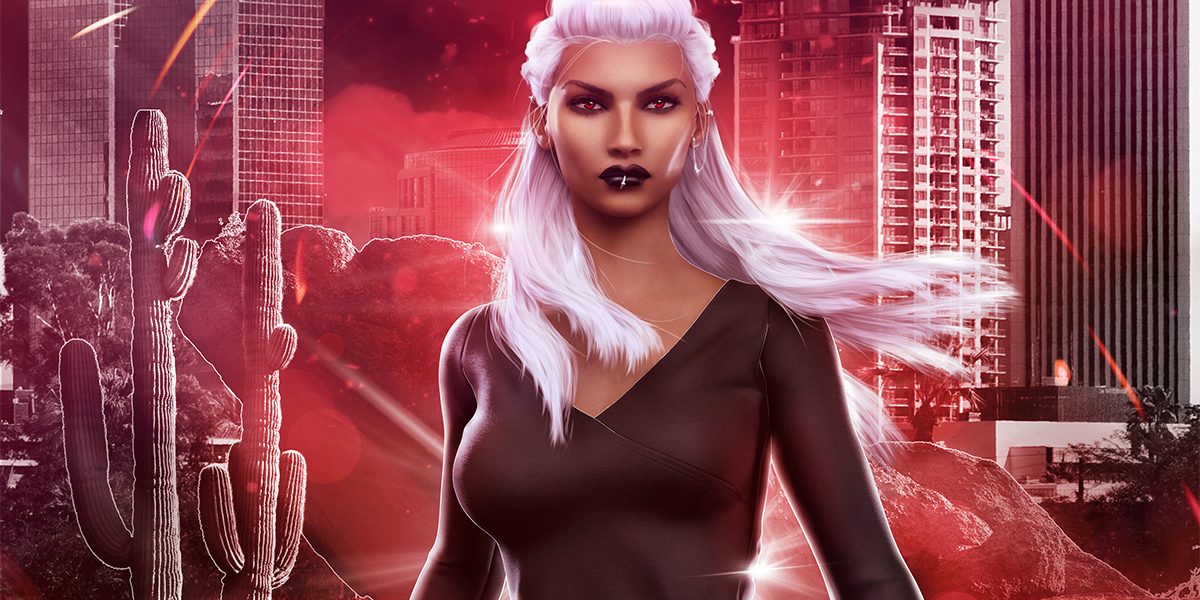 I rebranded the entire Kaliya Sahni series… ( and now I need to update the banner on the series page!)

Why? Honestly? Because I make better covers now than I did when I started the series. With the fifth book coming out, and the sixth going up for preorder, I just couldn’t resist redoing them. So I did. It’s been an ongoing, month long project. Right now, it’s only the ebook versions. The paperbacks and hardbacks will get updated/release over the next month. Volume 1 will also get updated this week at some point. I wanted the ebooks up by Legends release. So, that’s what’s going on. Now, do you want to enjoy some delicious covers?

So that’s the entire series. Because I love you all and am okay with embarrassing myself, I decided to make a comparison. I actually had a cover for book 6 already finished. The title will be Destiny, so that is accurate. It’s not a placeholder. But back to this comparison.

I hope you all are excited for the print editions. I’m excited to replace them on my shelf. I do still have print copies of the old versions if any one is interested, but you’ll never get the whole series with them soooo…. You have until the end of this month to express interest on this blog post and then we’re tossing them. I don’t like holding onto old cover versions unless I have a complete set (a special edition of sorts. I still have a full set of the Kingson Pride trilogy covers). I don’t wanna sell them or give them away to unknowing people. I’ll order new supply with the new covers.

I hope you enjoyed this update is how my covers are changing and getting so much better.

I hope you all enjoy Legends in a few days! 😀

On a wildly different note, my trip to Vegas was amazing! I had a great time with my husband, who is actually joining me in the ‘business’, which is why he went to the conference with me. He’s going to be working as my ad manager and he’s taken over all shipping for print editions and giveaways. With him doing those things, we’ll have time to work on some pretty great ideas (if I do say so myself), and I’ll be announcing those projects over the next month or so (no changes in writing schedule, but more opportunities to get signed copies, swag, and all sorts of goodies).

I met so many people (and it was a LOT of people, y’all). A couple of readers found me at the signing on Friday, which I almost want to cry about. It was really sweet and amazing and just an honor to be found in a crowd like that.

I also got to meet Sami Valentine, author of The Red Witch Chronicles (begins with A Witch Called Red). She threw apples at me (supposedly it was accidental, but don’t worry, my dodging skills were at the top of their game. No authors were injured). There were a lot of new people that I need to shout out, but Sami was a stand out. I need to do a list so I can give them all shout outs in a real blog post about my entire trip. I only got home on Saturday and I’ve jumped back into work, so it’s going to be a few days before that blog post comes out!

So much to do, so little time. I was going to take the rest of November off but my schedule got messed up with a delay in a video game I was hyped to play (some of you might know which one I’m talking about). Now, I gotta get as much work done as I can before the end of the month and then I get a week off in December. I’ll need it, but Vegas was helpful. Getting out of the house and seeing people, doing other things… It was really wonderful. I can’t wait to do a full blog post for you guys.

Well, the next blog post will be for the Legends release. I hope you’re all ready. It’s the penultimate book of the Kaliya Sahni series. It ends with book 6 (-insert crying now-). Until next time, everyone!

I have books one and two so II would be interested in books three and four. Even if I wouldn’t get the whole set in the old covers. But the new ones are pretty gorgeous.

Send an email to contact@knbanet.com with your shipping information! 😁

Your trip sounds exciting. I’ll keep an eye on the new post to hear more about the apples incident and any other tidbits you wish to share. I am a bit jealous of the fans who were able to meet you. Makes me wish I could participate in those events. They sound like fun.
I absolutely love the new covers! As a Kindle reader I will be able to see them soon. I am tempted to buy the paperbacks but international shipping is a little expensive.

I liked the old covers but I do like the new ones too. They do look prettier. But the best part is between them 🙂 That’s the trouble with a basic kindle I need to rely on other sources to see their beauty.

I definitely love the new covers!

I would love a complete set of the original covers! It’s not that the new ones don’t look absolutely gorgeous (because they do!) honestly it’s just my OCD with a matching shelf at this point, I’m one of those people who have repurchased an entire series because of cover changes, on top of having all ebook editions for my favorite books too (the print ones aren’t for reading 😡 !!!)

I’m joking, but only a little.

I have print editions of 1-3 of Kaliya already (waiting on my paycheck for 4-5, with fingers crossed the print editions haven’t changed yet, and honestly would love to get my hands on a 6 in the same style), and 1-5 of Jacky so far. Royal Pawn and Everly are both on my to-be-bought list! Shamelessly have a whole shelf set aside for the entire Tribunal Archives multiverse already. Can’t wait to see what’s next!

Last edited 9 months ago by Danielle

Books 5 & 6 just won’t be offered in the old covers, I’m sorry. If you email contact@knbanet.cok with your shipping information, my husband will send you book 4, but that’s the last book that will be available in the old covers. To try and release both cover versions for Legends and Destiny is double the work and -I- don’t like them. I don’t want to offer covers (that I make) that I’m no longer happy with.

You could wait for the finished hardback set. Don’t buy Bounty until it’s switched then get the whole series in the new covers.

I completely understand, and thank you for the kind offer! Either way you should be proud of what you put out and I’m happy to take in all the content you offer in whatever gorgeous artwork you wrap it up in— it’ll take me a bit to get to gathering all the hardcovers but it’s worth it for the shelf presence 🙂