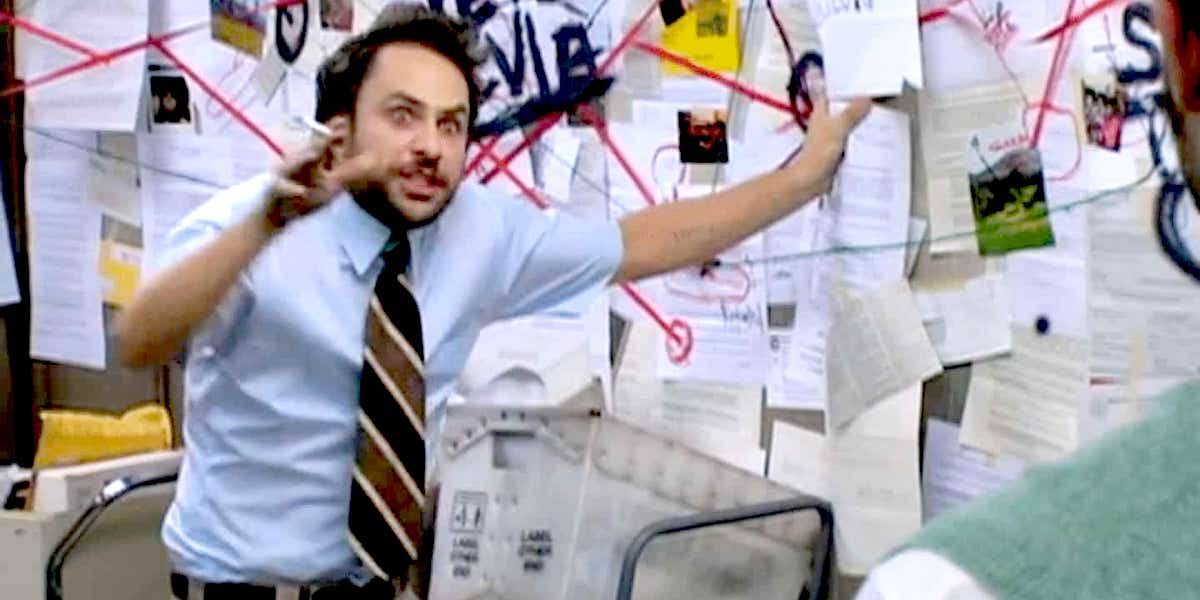 Listen up! Now Here’s Your Theories from A to Z!

This group (we need a name, I am open to suggestions in the comments) is full of theories. With the Tribunal Archives being an interconnected world but separate series within that world, it allows for theories to abound. The more series you’ve read, the more tidbits and facts you know. Hence, the image of Charlie. We are all him trying to figure out who Pepe Silvia is when trying to figure out what’s going on and what secrets we can gather.

So, without further ado, and in absolutely no particular ordere, let’s get into your theories so far (add yours in the comments):

who is it? what is there motive? are there more?

Is she a second mole? Because we know the mole from Rogue Alpha is Bruce. Is Bruce her codename? I mean I think this is not likely at all, but I’ll let you all discuss amongst yourselves

How were they made?

How were moon cursed made? I mean curse is in the name so there is something. But HOW!!!!!!!

I’ve read the books several times and I don’t know if it is a crazy story or not. I bet its interesting though. I mean in Bitter Discord they mention that the witches should rule the moon cursed, or something like that.

Ok, this is hilarious. And even for how ridiculous it is worded it seems plausible. Remember Hasan speaking about the wars and being high up. We get more details about how he and Subira met in her short on Patreon (linked here)

I like this theory. I don’t know that Johann and Matilda (that’s the female witch’s name. I believe Roald Dahl got a hold of her diary/journals from her younger years and that how we got the story: Note: this is in fact a completely outlandish and baseless theory, that I enjoy for myself and has not been hinted at in any way shape or form) were a part of that. I don’t think Hasan or Corissa and Callahan would be on board with making Tribunal members of people who cursed them. I could absolutely be wrong, I just have a feeling they aren’t as old as Zuri let alone Subira.

This is a perfect question for Ask the Author over on Patreon.

So, from what we know on Zuri’s pregnancy. She used a spell as birth control. She got it on with an immortal whom magic does not work at all. Jabari didn’t renew the spell and Aisha popped up with a kid. It seems when their bc spells fail pregnancy is guaranteed, but outside of that pregnancy can happen. Mischa is an example of that. It just seems super duper rare and not something Jacky needs to worry about. I mean she doesn’t even get a period anymore.

The patriarch. The model hot father with deep seeded issues and prejudices. He’s got a hate-on for the wolves of the world.

Okay, so I love this theory. IF (this is a big if) talents are like muscles, and you have to use them or lose them, then, if you only work the muscle one way, it will only show you one thing. (I mean what if it isn’t a muscle and it is just a magic thing that happens to some and not others). Anyway, Hasan doesn’t care about werewolves, so why would he want to know their odds of changing. I don’t know if this is correct, but I like it. Nay. I love it.

Our favorite werecat. The star-crossed lover. The Rebel.

Others have come up with some great ideas.

I don’t know that this is a talent, but I like the thought. I feel like everyone else is afraid of the pain so they accidentally prolong it. While, Jacky is more of a headon type of gal. Rip the bandaid off. Lots of pain all at once, but then it is over and done. Short with lots of pain or long with lots of pain. I think I take Jacky’s side. I want that shit overwith too. Ride the pain.

This is good. I like this. I’ve been thinking this from like book 3 or 4 maybe. She always talks about her gut, or bad feeling. I feel like this is on the right track. It may not be this exactly, but it feels right.

I couldn’t find the theory that this one was referring to, but Brion unlocking her talent? Never thought of that actually. However, I feel like Talents are more subtle than that. I could be wrong.

I love him. He is so damaged and no one got him the help he needed, until Jacky.

You mean biologically? because we know he is Niko’s son adoptively and in all ways except biological. But also, Dirk in Germany 26 years ago? The wolf is close if not over 800. He fought in the last war and Niko gave him his scars. So, obviously Fenris is old enough, but Corissa and Callahan have him protected. They wouldn’t put him in Werecat territory. Plus, he was in Heath’s pack at that time.

So, the accent change is wild. Must learn more about this. We know that old creatures don’t just have an American accent unless they are Native, and even then someone Native to the Americas 800 years ago isn’t going to sound “American” by today’s standards. So, did he put on an accent, slip into his native accent? Sir, why you gotta do this to me. Also, old creatures don’t go by their real names, they change them. We KNOW this from throughout the different series.

Kaliya and her nagas are the only ones who use and keep their names as they are incredibly important to them culturally. (Long live Kaliya, second of her name, the Demon Serpent, the Nagaraja leader of the Nagas and Cambions when Raphael wants her help).

Last, but definitely not least. Someone I know IRL convinced herself that Fenris was pronounced Fenree and he was the Frenchman from the Patriot.

Very last thing. Jacky 9 comes out in one months time. If you haven’t pre-ordered it yet, do it now. It’s gonna be a doozie with Dirk and Daddy Niko catching up now that Dirk is a wolf.

👀 I need to keep referring back to this!

TribuNerds 😂 terrible suggestion but there you go

All suggestions are welcome.

So I was thinking, since Fenris spoke German and fought in Germany 800 years ago against Niko, who was born there in said war and since the next book ist about secrets and thete was a geographic and time-y nearness, Fenris might bei related top Niko.

So I have a theory that Fenris is actually Niko’s biological brother. Which is why he survived a fight with Niko with only scars to show for it. Then there is the fact that Fenris is hiding a German accent and goes by a new name. And Fenris hates Callahan.

I am not against this theory. But, why does being Niko’s relative mean he hates Callahan?