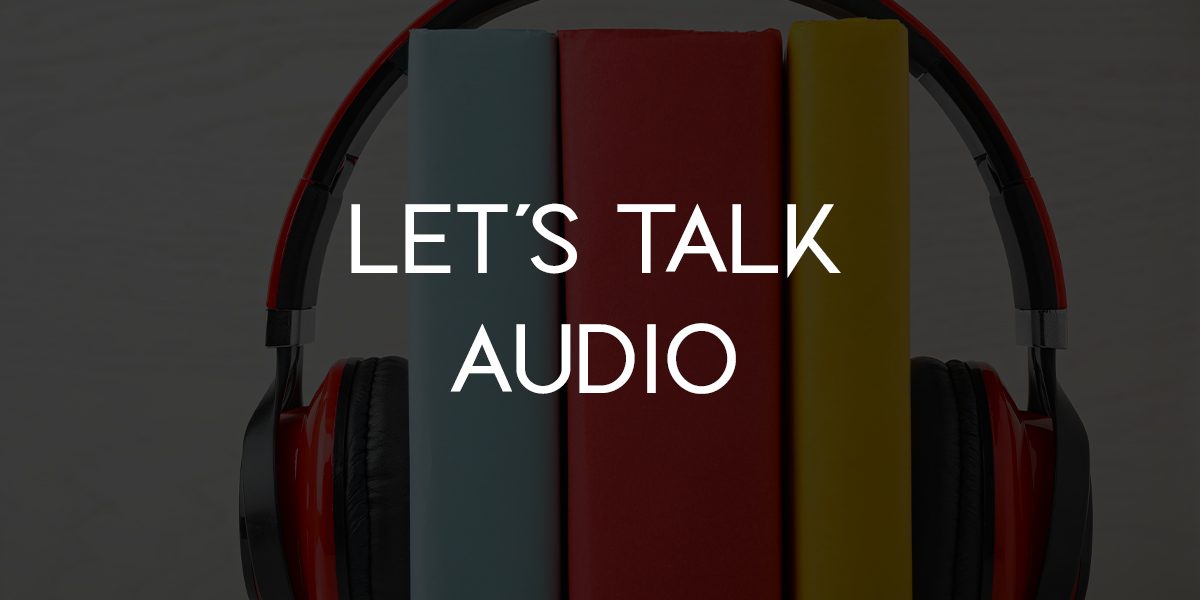 Audiobooks. Always getting questions about audiobooks. I’m going to answer two that I see fairly often. Before I get into this let me make one thing very clear.

Audiobooks are a needed piece of the literature ecosystem. For those with busy schedules, those with visual impairment, and more. They are VERY important. I firmly believe this.

However, there are also lots of problems with self-publishing and audiobooks. Lots of things to navigate, people to manage, expenses to cover so that’s what this blog is going to cover.

Two Questions I see the most often:

Can ____ book be audio? (Let’s use Hearts at War as the book example)
In theory: Absolutely.
In practice: Maybe.
Hearts at War doesn’t have an audiobook in production yet. There’s a number of factors at play here.

Problem 1: It’s more sexually graphic than my previous work, therefore I don’t know if any of my current narrators would want to do it. I also don’t know if any of their voices are a good match. (I love them all, but I am a big believer in a narrator being a fit for the characters and story being told. It’s highly subjective, clearly, but it’s a me thing)

Problem 2: It’s a dual-POV, third person, past tense novel. All of my other Tribunal Archives work is first person, past tense. How does this change everything? Well, I can use one or two narrators. If I use two narrators, one would do the Aisha chapters, and one would do the Jabari chapters. Is this where I use a male narrator finally? Or just find a good fit for Aisha in a female voice and hope they do Jabari’s well enough? This entire section is just added complication I haven’t dealt with before.

Problem 3: Standalone and the dreaded sales. Hearts at War, not matter how much y’all keep saying “it’s part of Jacky” is not part of Jacky. it’s a standalone paranormal romance. Jabari and Aisha’s story is entirely contained in the book. I don’t know how a standalone book will sell for me. We all hate hearing it, but yes, sales make some decisions. Audiobooks can cost thousands of dollars to produce.
Louder for those in the back: Audiobooks can cost thousands of dollars to produce.
If a book doesn’t have a good launch, if it has no interest from readers of the ebook or print editions… there’s very little reason to create audiobook versions. In fact, it could be a financially crippling decision for authors.

Because I believe in transparency, let me show you three very important numbers. This will drive the point home. This will cover all K.N. Banet, Tribunal Archives audiobooks.

That’s TOTAL.
My first audiobook released in May 2020… So, that profit is then (not equally) divided between 19 months.
How much is my average? $771 a month in actual earnings through audiobooks. To pay my bills.
Does that sound worthwhile to anyone? It doesn’t to me, considering it’s not even close to an accurate representation of the real cost. I pay Erika for her work there and the narrators. I still have to do the audiobook covers, the ACX management nonsense, correcting problems people find, which is back and forth emails all the time with Audible/ACX. Truthfully, adding in my own hours, I am deeply in the red for audiobooks. They are a place of great stress and a time sink.
But I keep releasing them. Why? Because I am making at least some marginal profit based purely on numbers and people like them.

I am one of the lucky ones. Many self-published authors do not make a profit on their audiobooks at all.
They are investing money and getting nothing in return.

So when people say “do the audiobook”, there really needs to be this reminder:
This can and will bankrupt some self-published authors trying to make them happen for you.
Servant of the Blood has terrible sales and I regret not making the series prove itself before committing to the audio version. I should have waited to see how the ebook and print editions sold before offering audiobooks. Neither of them have honestly done well enough to justify the audiobook series, but I wanted to impress and please my audio listeners by getting it out when the series started. That gesture of good will and investment on my part has not paid off at all.
I’m committed now. I’ll finish the series in audio, but I might not have a book one audio version out when the next series begins until there’s 2-3 ebooks and I see how sales are. Kaliya Sahni really shouldn’t have audiobooks, but I did them (because I’m insane).
Yes, sales make some decisions.

So can a book be made an audiobook? In theory, absolutely.

In reality? That’s a financial decision that self-published authors have to make based on their own circumstances. Narrators do amazing, unique work and deserve to be paid accordingly. I pay mine, on average, $250+ a finished hour. I have one narrator who isn’t that high, and I’m actually trying to work her hourly rate up to that as a series continues.
I will never use AI generated audiobooks. I disagree with the practice. AI can’t act and Audible will not sell AI audiobooks.

So that’s just question one. Let’s get to question two…

When does [insert audiobook version] release?

I have answered this on this website… on the FAQ. But here we go.
I do not start audiobook production until after the ebook has released. Me, Erika (who helps me manage audiobooks), and my narrators are working as fast as we can. We have been able to start 1 audiobook before it’s ebook released. We’re hoping to do it more, but it won’t change anything.
It was Servant of the Blood, starting 1 month early, and we still didn’t get it done until November, over a month and a half after release.
I know you will continue to ask “but when is this audiobook coming out”. Look, when it’s finished, it’s approved by ACX/Audible and goes live. That’s all we’re going to say. It would be HIGHLY insane for me to ask Audible to allow me to do a preorder for every audiobook, it would ONLY delay releases of the audiobooks.
Don’t say “but this other author”. I am not the other author, who is probably traditionally published and has a publishing company backing them up and doing much of this work.
They will come out, I will post a blog, then you can buy it. There will never be a release date available.
I don’t know when they’ll go live.

And those are the 2 most common audio questions.
A third question not asked, but bears mentioning while we’re here: I don’t decide on the price to sell audiobooks at. Audible does.

I love audiobooks. I don’t listen to them, but I love seeing people start to enjoy my work through them.

But they are time consuming, stressful, expensive, and more. They are by far my least favorite thing to deal with on any given day and they are the number one thing that scares me the most about being an author.
If push comes to shove, they will definitely be the first thing to do. I would rather be writing than dealing with them.

I never used audiobooks until it was the only option after a head injury for a few years. I can read again, thankfully, for the most part. Audiobooks are fantastic for accessibility. Though, as I suspected, not very cost-effective. Thank you for making the effort. Savanah Gilmore is one of my absolute favorite narrators. I hope profits increase and audio can continue to be made. Hearts of War was amazing, by the way. I couldn’t put it down!

In all honesty, I do not purchase the audiobooks until after I’ve read the book at least once. I use my audiobooks to introduce friends to new books/authors and get them hooked. I use audio for my drives to and from work, or house cleaning. I already love the books, and I love to hear the narrators add the acting to the stories that I’ve already seen play out in my head. It allows me to “reread” a book while doing things that prevent me from sitting down with my coffee and reading the actual book again.