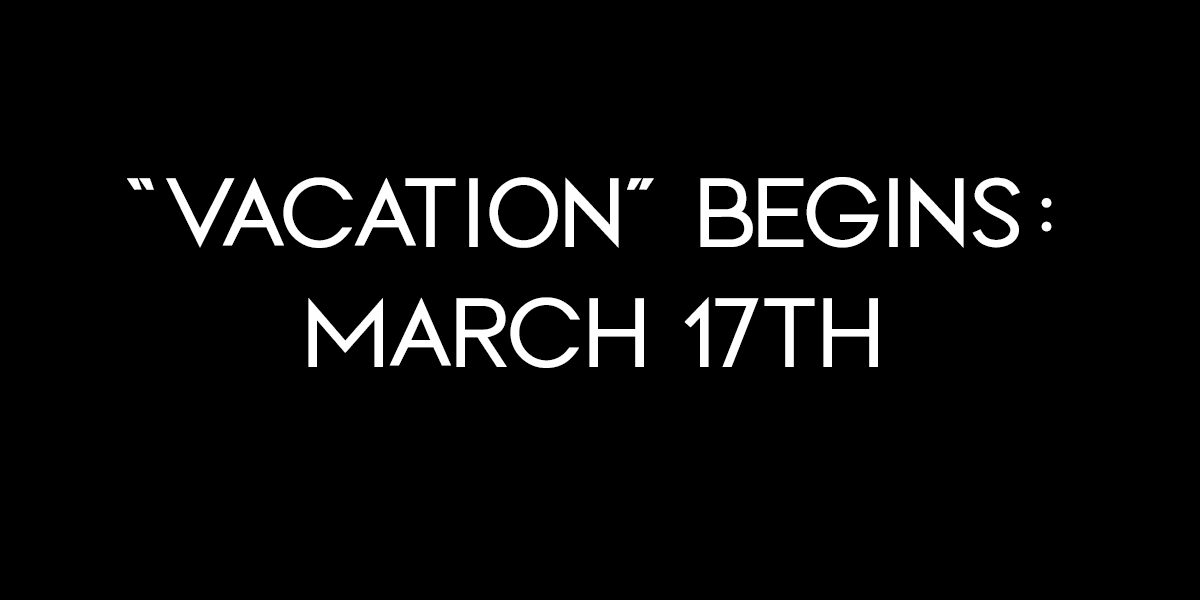 Here I am. So, while it wasn’t a week for everyone here, it was a week for me, but I do have a surgery date now.

They’ll cut into my elbow and play with the nerve. It’s honestly not a risky surgery. It’s fast, it’s outpatient.
The surgery isn’t the problem.
It’s the… 2-ish weeks I’m not going to be able to use my left arm. Could be a little less. It’s more likely to be a little longer.

You know what I can’t do when I can’t use two hands?

Write.
(Don’t say use dictation. I’ve tried it. I hated it. I won’t force myself to do it for two weeks just to drop it to go back to normal.)

I was kind of hoping, like a classic workaholic, that they wouldn’t have any dates until April. If that was the case, I would be able to do everything I wanted for April before the surgery. But they said the 17th and the look my husband gave me? I said okay. It’s better to do it now than wait. Fact. Doesn’t make it easy to write this blog.

Most changes are behind the scenes with the editing schedule. I will only tell you the parts you probably want to know.

Blood of the Wicked (Everly Abbott 2) Release: Still on. It’s locked in. Andi is scheduling out ARCs and getting the spoiler event ready. All of that.

Everly Abbott 3 Preorder/Release: There will not be a preorder for book 3 when Blood of the Wicked releases. I normally get the next preorder up around 48 hours of the release. It won’t be there. It will be submitted at the end of the month.
Blood of the Wicked will say Everly Abbott 3 is coming September 2022. I am -hoping- I can do it. There’s a small chance it becomes mid/late October. (By small, I mean 5% or less of a chance)

Other: I don’t believe any other releases could be potentially impacted. Destiny is in edits so it’s safe from the schedule nightmare I’m in. If all goes as planned (hahahaha), I’ll be fully caught up in June with my actually writing deadlines. No biggie.

March:
0 changes. You will get Heath’s short. All the posts will go up. We’re good here.

April:
– The Niko Short will be written in some free time I have one evening before the surgery.
– A Visit Home. When I get back to work, A Visit Home is a top priority, even if it goes live 3 days before April ends. If it becomes impossible, I will let you know and move it to May. I don’t see it happening (much like moving Everly Abbott 3 to October), but I need to be transparent that it’s a possibility. This is probably where I feel the most disappointed in myself, so I will do everything in my power to fulfill this promise. Everything else has extra time built into the schedules and that’s been helping a lot. Patreon was unduly impacted when I never wanted it to be. So, A Visit Home and I are gonna get into a bit of a fight, but god damn it, I will finish it for April.

Other Patreon Change, unrelated to the surgery: $10+ tiers now get Interview The Character, as “sexy” versions (when applicable) might become something everyone gets. There will be no FTB versions on Patreon unless I just don’t feel like writing sex that day if this change is finalized. This is currently going through a small testing period to see response to it.
Why? I would have to write, format, and upload two versions of shorts that have sex. It would just be a major pain in the ass. Now that I’m dealing with health issues, I’m looking more closely at some ideas to see if they need tweaking. Early Patreon woes.

So… what will I be doing while I have only one arm?

Admin. Sitting around and doing admin projects with one hand. Watching TV and hanging out with people who read Blood of the Wicked when I’m not.
I’m a workaholic, so clearly I’ve already made plans about what will get done during this time.

Lots of behind the scenes stuff. I’ve been playing with my pinterest account for the first time in… ever. I’m adding all my books, in case people want them for boards? https://pin.it/2q0mzhZ. I’m also working with Kit on her training. If you don’t know who Kit is: She’s the new member of the team! Patreon reached the goal to hire someone to help me with the Tribunal Archives Website. She’ll also be helping with the Patreon, and eventually, become the main help on this website as well. Finally doing my part to help Rituals and Runes (my partner in our job has been SO PATIENT with me.). More taxes… (I did 2021. Now it’s time to start on those 2022 taxes.)
Not all of it work. My husband and I will be remaking our home budget (married life, yo).
But clearly, I’ll be doing a lot. It’s a Admin-cation. Time to catch up on all the projects and make sure I have a clean slate for April.

OTHER: Secret Release? Not really?
CALL OF MAGIC is no longer available. This means, there’s NO (legal) WAY to currently get Ancient and Immortal.
When I get the revision of rights (I legally need this for Amazon), I’ll set it up for a stealthy April release so people can get it now.
General Info:
There will be no changes to the story, no additions, nothing. It’s the same story and content. This will be stated on the product page as well.
It will be $2.99. (you lost your chance to get it for $0.99. That was a limited time offer for the anthology)
It will be in Kindle Unlimited.
It will have a paperback IF I can format it to be just long enough to print (there’s a page minimum).
New cover?

My hope? When this time is over, I will be ready to write without 10+ other projects looming in the back of my mind. I’ve been really stressed out. Maybe these 2 weeks, even if they mess things up, will give me the hard reset I need to clear some stuff out and let me get back to what I love most.

Thanks for supporting me. You probably won’t see a blog from me until Blood of the Wicked release day.

Thanks for letting us know. You are going to “get in the zone” and not worry about anything! You’ll be calm and it will be over before you kow it!

You are a workaholic 😅 I would have thought that after surgery you you take an actual break from work. 😂. Whatever makes you happy. Please don’t feel disappointed that some release dates may be pushed a little. This is your HEALTH we are talking about and it directly impacts your ability to write. Waiting a little longer to read won’t (shouldn’t? 🤔) kill us. Have some fun during your break (good job husband for that look he gave you 👀😄)

Please don’t overdo it while you are recovering. Do take care of yourself and find some “you” time! Even if you don’t quite make a deadline or two, I am sure you won’t lose the readers who love your books!