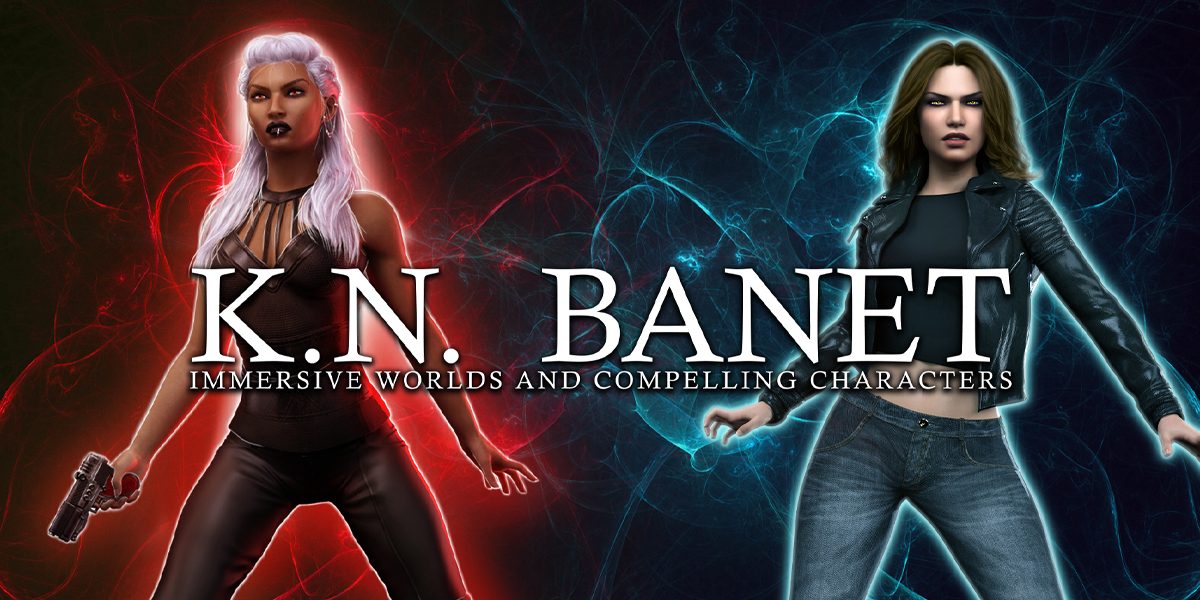 A Blog about the Tribunal Archives

There’s no spoilers below.

Also, I can be a bit spicy. I can get a bit of an attitude, a little snarky, blunt. You’ve been warned.

1. Kaliya Sahni, Everly Abbott, and all books not in the Jacky Leon series, are SIDE SERIES or SPIN OFF.

Kaliya is her own story. She’s not a side series or a spin off. Just because her series starts where it does, doesn’t mean she had to be started there. In fact, I had plans for a naga series before I started writing Jacky Leon. Sure, I did tie her into the same world as Jacky Leon, but that doesn’t mean Jacky Leon is required reading for Kaliya to work or vice versa.

Everly will also be her own 9 book series, focused on the vampire section of the Tribunal Archives (with some Jacky-like crossover for one book here or there)

And when I say a book is a standalone, I mean it. I actually find someone who doesn’t read the Tribunal Archives to read the standalone to make sure it makes sense as a lone book. (Hearts at War is the biggest case of this)

2. Jacky Leon is the main character of the Tribunal Archives or the most important series/lead. This is the Jacky Leon Show.

While Jacky’s story touches other types of supernaturals, in the end it is really only about the moon cursed, werewolves and werecats. Jacky isn’t going to solve the mysteries of the vampires. She certainly isn’t saving the nagas from extinction. Jacky isn’t going to go resolve the situation between Cassius and Brion.

Someone could read all of Kaliya or all of Everly or any other series without reading Jacky Leon and do just fine and have massive, epic stories to see the world in. This includes the standalones. If someone reads a standalone from me, they get a resolved story (normally a romance) and some extra threads into bigger stories, but they don’t need to follow those.

She might be you favorite, but she’s not the biggest or most important by any means. I will never treat her that way. In fact… she’s not even my favorite (though I do really like her). If she is your favorite, don’t come tell me and say everything else is bonus or a side story.

Maybe this is because some authors don’t plan anything or admit to planning anything.

I PLAN EVERYTHING. Not down to the last book of the series 5 years from now or minute detail, but I know where every series is going before I start publishing it (Jacky needed extra books from my initial plan). I’m not out here just throwing together the next book out of nothing. I know what the next book will be, what it’ll cover, what relationship jump might happen, and even some of the character growth-though the characters can and do take things are their own pace sometimes.

4. Series spoil each other.

Not… really? I mean, sure but not really.

Learning a few small facts about a background character in one series doesn’t really tell you much about that “background” character’s actual journey. I follow my timeline and I do it genuinely(see above, I plan EVERYTHING so I know where a series ends on the timeline if another book passes it), without worrying about what is and isn’t released yet or what someone might have read. I think about who doesn’t read anything else. Does someone only read Kaliya? What’s the big drama gossip she’ll hear while hanging out with Paden? Oh, Jacky Leon killed some vampires and she’s actually Jacqueline, daughter of Hasan. That werecat is some Tribunal member’s secret kid, a Tribunal member that Kaliya knows and has a small connection to!

I’ll write the Gabi (Nephilim) series or Sammy (Cambion) series. They’ll both have Kaliya in them, as a side character, after her series. Whoever reads those first will have to go backwards in time to figure out how this naga got to be where she is and how she knows cambions and nephilim. This will happen with series after Jacky too and other series. Or after Gabi. Like, this is life. Some cross over more than others. Some leads are more common side characters later, but this is what world building is.

So no, I don’t consider it spoilers. I will not consider them spoilers. Stop contacting me and saying I spoiled something.

1. How many books/series will be part of the Tribunal Archives?

I have no idea. Lemme explain why.

I plan a lot, but there’s so much I can’t plan YET (like exactly how many books might be in a specific series or several)

I can tell you these are series I either WILL do or WANT to do. Fae has no name and no books, but will absolutely happen. Immortal or werewolf might not if something happens (like I get writer’s block).

Not in chronological or release order. Just a list.

This might not be all the series (I can only think about so much at a time) and there’s an unknown amount of (normally PNR) standalone novels and novellas to be discovered and added.

The world will continue

So just based on my current plans, I have 46 potential books, with some series not planned to exacting degree because they are so far in the future.

I have a long way to go… And with only 6 (guaranteed) releases a year, what I have planned and numbers up there is still 5 years of content, at least, because of release schedules, 2 books per series every year. Everly’s series will take 4 1/2 years to finish by herself with that.

I’m 31 and I will probably be writing in this world at 40 and beyond.

We’re gonna be here for a while.

2. I’m curious about the time span. Jacky seems to be taking place significantly after Kaliya. Will other books overlap or will they all just hover at the edges of each other? And will they all be on the same timeline or different?

Jacky and Kaliya actually started very close together and the nature of the two characters led to the large discrepancy. Kaliya’s series happens in 2 1/2 years and 6 books while Jacky’s series is 7-8 years over 15 books. Each character moves at their own pace. Kaliya is obsessive. She won’t stop when she had a mystery to solve. Jacky is much slower, even though it seems like she gets in a lot of trouble all the time. Everly won’t be moving at a pace she picks, but really the people around her. I will track series so I know what’s happening in the world at that time, so references are appropriate, even if the other series isn’t actually there. So there can always be a gap. Or there can be an overlap that hasn’t paid off yet (like one series is accidentally behind because of the pacing and it’ll catch up eventually)

To not have this happen, I would have to start every series as it comes up on the timeline and publish them in chronological order. I would end up having multiple series going at once with no consistent release schedule. It’s not possible.

But yeah, they’ll probably all hover. I will NEVER write two books that crossover and happen at the same time (like two different perspectives of the same situation).

There will be no alternative timelines of any sort. If the book is in the Tribunal Archives, it’s all part of the exact same timeline, which is right here:

3. Can Jacky vote? Like she’s an out, incredibly long-lived creature. How do American rights & privileges extend to her?

Only werewolves choose to live openly. Werecats are “out” but Jacky is the only confirmed member of her kind. So everything below is about these 2 parties unless otherwise stated.

Exposed supernaturals can’t vote in America. They’re not officially “normal” American citizens. They’re members of the population, but also separate, because human governments know they have their own leadership, even if they haven’t met that leadership.

In fact, those in hiding choose not to even though they could. Voting isn’t safe, because there’s fake identities involved. Beyond that, governments come and go. Absolutely none of the supernaturals believe a human government will last (America or otherwise). They seen empires rise and fall so they’re not going to waste their time and secrecy trying to sway them anymore.

As for other rights and privileges, supernaturals are an economic bonus to most countries that allow them to live in the open.

I guess the best way to say it: Supernaturals are often allowed to use certain government things like a county’s DMV for a DL. They’re allowed to open a business. But they’re really just “permanent residents” and are “foreign nationals”. They also can’t be taken to immigration either. It’s a complicated situation.

4. Will there ever be a species guide in the Tribunal Archives universe? Or even a short history of each major player?

Why do I say that? Because no one ever bothers to check THIS (knbanetauthor.com) website and it’s my MAIN WEBSITE. It has release dates, a release schedule, all the audio information people could ever want. It tells you how many books are in every series. It has the world’s TIMELINE that is linked in EVERY BOOK. It has an FAQ!

AND PEOPLE STILL DON’T USE IT FOR THAT.

So the likelihood I ever spend the time to turn all my continuity information into something for readers is very small.

(Can you tell it annoys me to put all this time into this website and almost no one ever checks it?)

(In fact, people have asked if Everly Abbott is in the Tribunal Archives and if they checked the BOOKS page, they would have already known the answer)

5. Are all of the species in the Tribunal Archives immortal?

No. Off the top of my head, witches aren’t immortal. They’re mortal unless they find a way to extend their human lives to varying effects and lengths. There will be others, but they haven’t been relevant yet.

ERIKA QUESTION: How old are the tribunal witches?

These two witches have figured out how to extend their age for a long, long time. Zuri believes they are ancient like her and Subira.

6. Are there any other were-species besides wolves and cats?

There are NOT other moon cursed (were-species) and that’s because the moon cursed came to be at the same time for the same reason that will be revealed one day. There are other types of shifters, but no were-species with a full moon curse or anything.

Not asked by anyone, but it can go here. I’m going to finish it. You’ll get it in some form, either a novella, or added to a set of shorts. You’ve gotten a lot of it free, but it is still my time.